In here blog post Log-structured storage Julia Evans mentions what she calls the "Simplest database". Behold the entirety of its code:

This isn't of course meant to be a practical database, mainly a minimalism case study. But still it is interesting in some ways. Julia Evans used it as a minimalist database, we'll use it for a minimalist security code review. 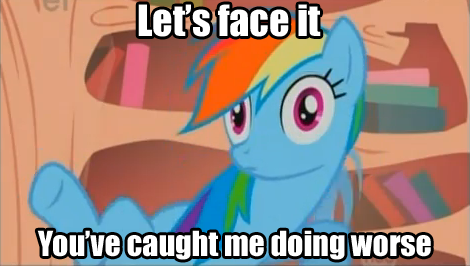 We're essentially reading from and writing to a file. How can this be exploited? As we already saw file operations are often a vector of privilege escalations.

We will assume that the user using that database is root. It could be another user but the point is that he's someone worth grabbing the access.

The file is written in the current directory so we face different cases:

The current directory is world-readable

No specific set of permissions is set on the file which means it will be created with the user's umask permissions. In practice this means on most systems the file will be readable by any user, but writable only by the owner.

This wouldn't be an issue if the file was kept in a protected directory, but if in a world-readable one then anyone can just read the content of the database. Better not store passwords in there.

The current directory is world-writable

The file could also be written to a world-writable directory such as /tmp or /dev/shm.

In that case the exploitation is straight forward: create a symbolic link to another file, say /etc/shadow. When root tries using the database he will overwrite or read from that file instead. If we get some control on its data, all the better. We can get a shell from that.

Privilege escalation is good but it requires to have a foot on the system. What if we only have an access to its data, such as through a web interface?

The easiest thing to do is to perform data injection. Of course in the current setup it's not very interesting: there is no security mechanism preventing us to overwrite another data. But what if there was? What if some keys were off-limit?

Here we can do two types of data injection: comma-based and line-based.

Fields are limited by commas, but nothing is preventing us to insert commas in our data. Putting a comma in the value isn't terribly useful because it would be transparent: only the first comma has a meaning.

On the other hand putting a comma in the key would allow us to redefine another field.

So, should we strip commas off user inputs? Of course not, stripping is very rarely a good idea. Here we should either escape them by encoding them in some form, or refuse them altogether.

If commas are unusable we can rely on line injections to get a similar effect:

Of course the solution is similar to that of the comma example.

I love sed injections because you almost never find one, but when you do it's practically guaranteed to give you full access.

It's not well-known but sed can execute shell commands, so let's just pop a shell:

That injections forms the following sed command which calls /bin/sh using e and ignores the rest of the line:

Of course if we were remote we would be using a reverse shell or something similar. Stopping e isn't enough, sed also has commands to write to files and read from them. This can also lead to remote command execution, for example by changing the content of an executable file or getting SSH access by changing ~/.ssh/authorized_keys.

What is interesting isn't showing how insecure such a simple example is: it was never meant to be secure in the first place.

No, what's really interesting is that those vulnerabilities are very very common, even in commercial solutions. 5 ways to exploit 6 lines of code is a nice ratio though ;)