Yeah... I like D but there is just so much to tell about it that it's hard to convey my enthusiasm to my friends. So instead of a 3 day conference let's analyse a very simple script that serves an actual purpose: a replacement for the perl utility crc32 that computes the famous hash value of files or the standard input.

The original script is 89 lines long with spaces and comments. You can find it here.

Because I wanted to keep indentation throughout the snippets despite the best efforts of my html generator, you will sometimes find three dots at the very beginning of a line. You may safely ignore them. 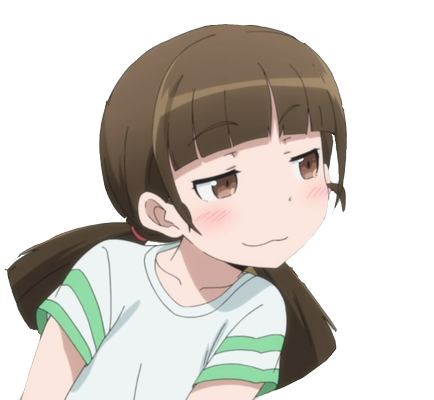 Prelude to the program

D accepts shebangs, rdmd is a program that's used to launch programs "script-style" by compiling on the fly (and avoiding recompiling if possible). It can also be used to run little command lines as D doesn't have a REPL (Read-Eval-Print Loop). Very handy.

Below are some imports from the standard library.

Here we demonstrate a multi-line string. There are other ways but it's a good example of the versatility of strings in D.

As in python you can import things anywhere. Contrary to python it is considered good practice to import as locally as possible. This is because templates are common, and are compiled only if instanciated, so you don't import (and compile) what you don't use that way.

Use of UFCS (Uniform Function Call Syntax) and optional parentheses as explained below. Read the file by chunks, compute the crc32 which returns a byte array, reverse the byte order, and build a string from that. I think it's pretty self-explanatory.

A word on UFCS

I talked about UFCS but didn't explain what it was on the spot not to cut the flow of the code too much. It is a very easy concept; it just states that the first argument of a function can be moved before it using a dot.

The following calls are all perfectly equivalent (and useless):

To that we must add that empty parentheses are always optional, so we can also write:

First of all it looks nice: it gives a feeling of pipeline programming that fits well processes such as our crc32 function where the code flows from one function into another.

Secondly it allows making weak overloads of methods. Let's say you have a lot of classes and would like to add a method to manage a given type but don't want to write an overload for each class. One way is to write a function that manages that type and can take any of the classes we want and use UFCS to make it look like a method call.

There are of course limits to that approach so it's not what I'd recommend in that situation, but it can definitely come in handy sometimes.

I didn't have to return an int, I could have returned void. Had I done that, the return value would have been 0 if no exception was thrown, 1 otherwise (with a big stacktrace, but that's beyond the point.

Also we have selective imports like in python again. Note the last one: some common parts of the standard C libraries are exposed directly through this part of the D standard library. After all, D interacts very well with C, so why not use its functions where useful?

Type deduction. Works about everywhere except as function argument (can be the function return value though). If the compiler knows the type, why write it? Makes for simpler code, especially since sometimes the type cannot be known (eg: type defined in a function then returned, it's called a voldemort type and is sometimes used for encapsulation).

There are different ways to define lambda functions in D. One way is (x => x*2;). This is equivalent to: (auto x) { return x*2; }. But what if the function takes no argument? Then you get empty parentheses. And empty parentheses are optional. So below, half the arguments are actually lambda functions. Those can be hard to spot at first admitedly, so prefer the other forms.

The langage has what's called "slices". It is what we call "a range" in python: for example here args[1..$] is equivalent to the python args[1:]. One interesting thing is that they do not copy data, it's simply a pointer's game. They are therefore very interesting when making parsers etc.

Our first use of a template. isFile is a function that takes a file and returns a boolean. Filter is a template (as are most things that we manipulate here actually, but it's the first one that we will use as a template). It takes as first compile-time argument a lambda or function and as first runtime argument a range (D's concept of iteration, similar to generators in Python).

Here the call could have been written:

The first set of parens is prefixed with ! so it's a compile-time argument. The second set is the runtime argument. In C++ it would have been filter<isFile>(args[1..$]). Remember UFCS? We can rewrite it (dropping the empty parens):

And as the call is unambiguous we can drop the last parens as well.

Filter returns a range, it is lazy as many things in the standard library, and as we want to reuse it we will turn it into an array which is the last call of the section (equivalent to list() in python. This array is GC-allocated, we could have filled a malloced-buffer though.

Ok, now that the basics are understood, we do the same thing but bigger, and with more functions!

We introduce map that also takes a function or lambda as compile-time argument. Here we pass a lambda. The call is similar to python-ish map(lambda d: dirEntries(d, spanmode), ...).

each is another interesting template. It's just a foreach actually, it doesn't bring anything, it exists solely because it fits well with UFCS. The body of the foreach is passed as a lambda which uses more of what we saw.

There is a last subtlety though: the ~= operator. It's like += in python, but D decided to separate addition (+) and concatenation (~).

A real foreach. We didn't specify the type of f so it's infered.

This is interesting. We don't have context managers like python. However we have scope managers. The following line ensures that when quitting the scope defined by the enclosing {} we will close the file.

There are also scope(success) and scope(error), and they can be used multiple times in a same scope: they just stack nicely at the end.

Exceptions, very classic. One note though: D has two kinds of Throwables: Exceptions and Errors. The former are meant to be caught, the later signal an unrecoverable error. They are not to be caught. This distinction doesn't mean much but shows well the fact that D is meant to build programs that work correctly.

This first line is actually a function call, optionnal parens etc... I like optional parentheses, maybe to the point of abuse. I don't know. It's my style and not D's recommended style though, so if you don't like it just write it differently.

Ok, so we saw many things in such a small program. Maybe too much. One thing is certain though: I wrote this program a long time ago to fill a real need and it was not meant as a demonstration example. It uses so many D features because they are actually enjoyable and easy to use in real life even in such short scripts.

There is much more to say so I hope I'll have the occasion to go sightseeing with you again in the future.